Partnerships on the Ground

Partnerships On the Ground

In Spring 2016, CCPR staff Geoffrey Gross and James Richardson joined partners at Camp Navajo and Hannah Griscom with Arizona Game and Fish Department in fence modifications that will allow wildlife, especially pronghorn, to more easily move between Camp Navajo and Rogers Lake County Natural Area. This area sees a lot of wildlife movement to access the excellent forage and water sources in and around Rogers Lake. They installed three elk/pronghorn passage structures, removed the two bottom strands of barbed wire and replaced them with one, higher strand of smooth wire along a ½ mile section of fence. This will allow pronghorn antelope to get under the fence and other larger animals such as elk to jump over.

Parks, recreation and natural areas have long been identified with a conservation role in the overall community. National Recreation and Parks Association states that a benefit of conservation and environmental stewardship includes, "Providing carbon-reducing sustainable landscapes that cleanse air and water, replenish aquifers, reduce storm water runoff, and protect wildlife habitat." Pronghorn antelope are native to the prairies of North America, and according to Arizona Game and Fish, despite being one of the fastest animals (they can run more than 60 miles-per-hour), they are reluctant to jump over objects, instead preferring to go under fences. 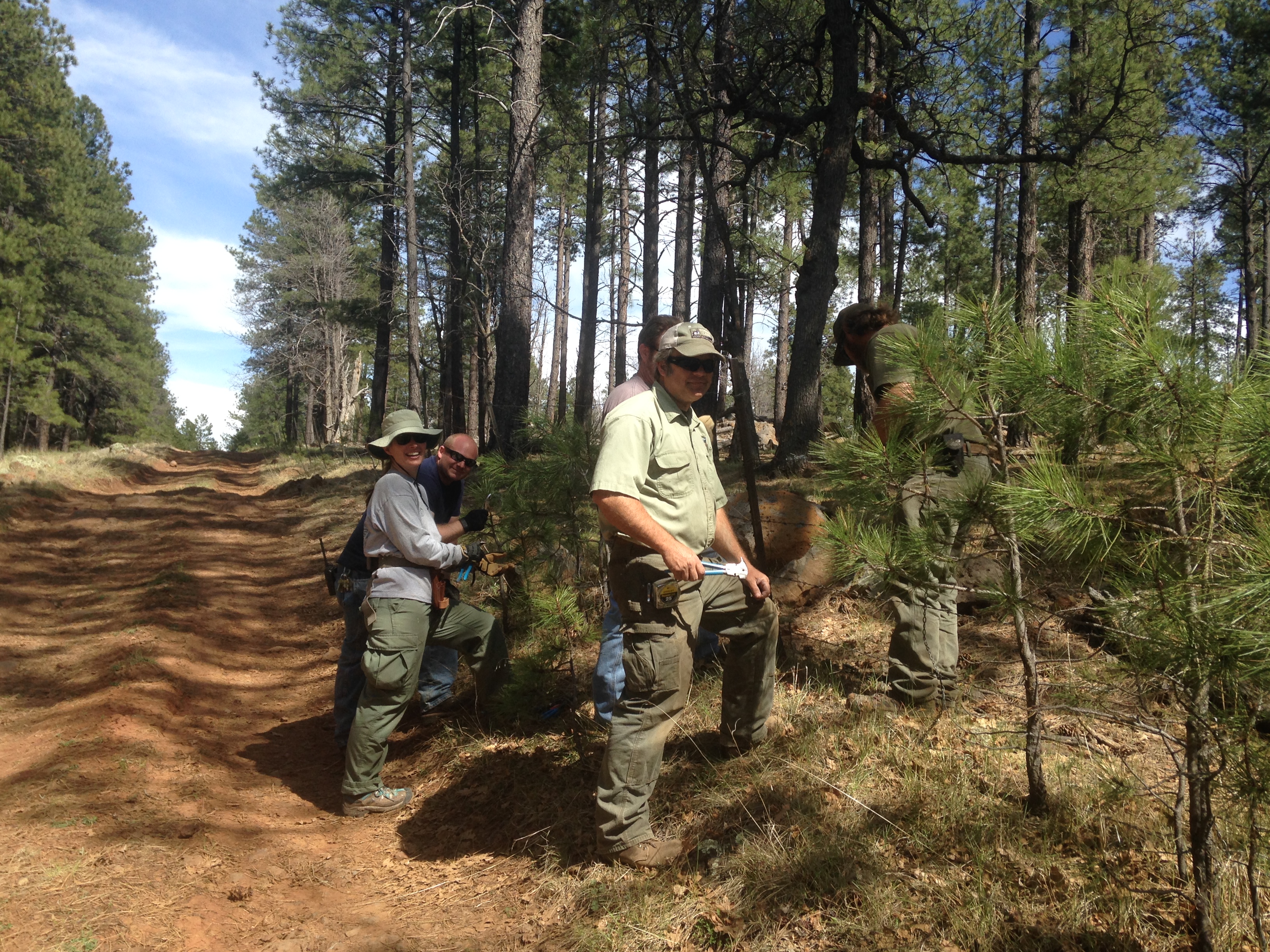 Coconino County Parks and Recreation and Northern Arizona University partnered on an artist residency program at the Frontiere property, a 240-acre parcel located adjacent to Rogers Lake County Natural Area. The program offers working artists and students a chance to work side-by-side and exchange ideas and experience as well as hone their skills in a self-directed environment. Read more about the partnership and the Summer program on the NAU College of Arts and Letters website or on their Facebook page.