10/25/2019: The last day of 2019 operations for the Willard Springs Transfer Station will be this Saturday, October 26. The station will be closed during the upcoming winter season, Which runs each year between November 1 and March 31, so that Coconino County can reopen the transfer station on Friday, April 3 for the summer 2020 season.  It will then be open Fridays and Saturdays from 9:00 a.m. - 5:00 p.m. until Saturday, October 31, 2020.

Several years ago, the County worked with area communities for more than a year in a cooperative effort to develop an operational model designed to keep the Willard Springs Transfer Station open. As a condition of this model, the Coconino County Board of Supervisors required that the transfer station support itself with revenues collected at the gate. This did not happen in 2017, primarily due to Willard Springs’ very revenue-poor winter months.

The Public Works team has been tracking seasonal usage trends at Willard Springs for several years. By the numbers, the winter months no longer produce enough revenues to keep the transfer station open from November through March. Willard Springs was open two Saturdays per month during these winter months. Each Saturday cost the County a minimum of $3,500 per day to operate the transfer station. These costs included wages for the attendant, hauling collected material to the City of Flagstaff Cinder Lake Landfill, paying tipping fees at the landfill, site maintenance and burning/flipping the green waste pile each winter.

Revenue-wise, January 2018 was the lowest month of the 2017/2018 winter season. Willard Springs only received a total of $155 in revenue during each Saturday of operation in January 2018. This revenue came from a total of 10 separate transactions each day, which was collected from fewer than 10 customers as some made multiple transactions to deposit garbage, recycling and/or green waste. The other winter months fared slightly better; however, none generated revenues that came close to covering the station’s operating expenses. 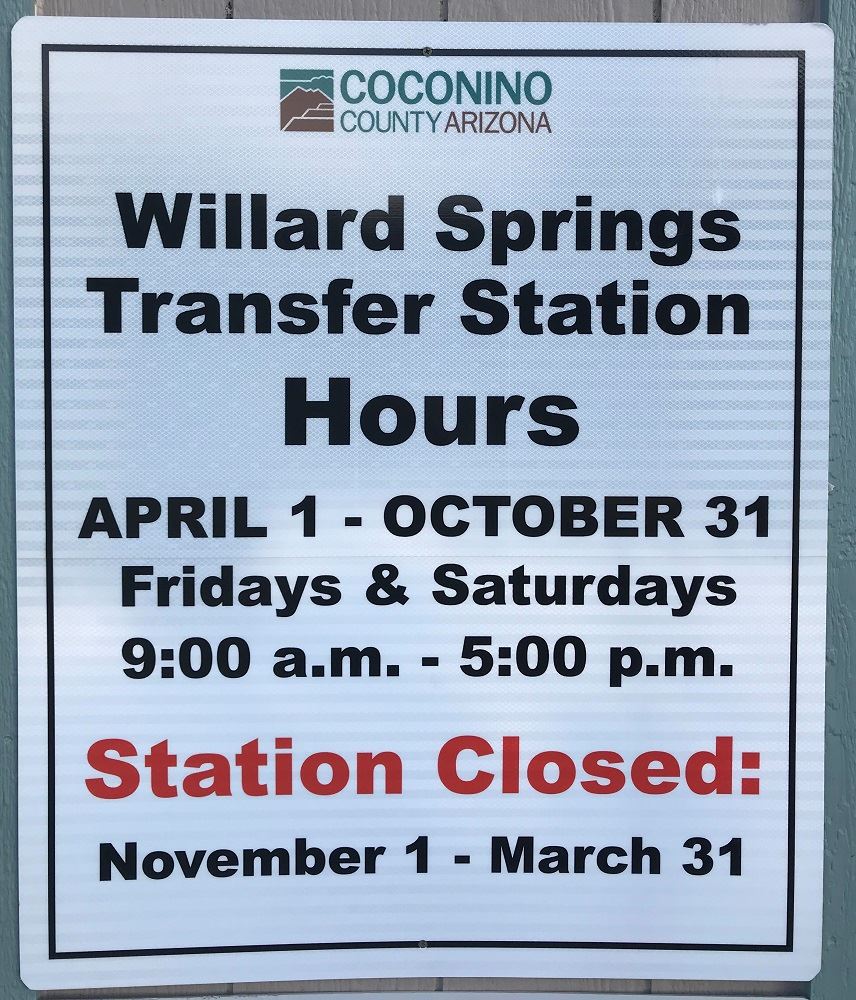