FUTS Trail users should be prepared for trail reroutes beginning in July and ending in October along the Sinclair Wash Segment (west end) leading to Fort Tuthill County Park. Reroutes will be close to the existing FUTS Trail but will bypass the construction work. Trail conditions may be an increased grade, on single-track or along existing unpaved Forest Service Roads which are open to vehicular traffic. Trail users should be prepared for alternating portions of reroutes that change periodically. Directional signage will be provided onsite. 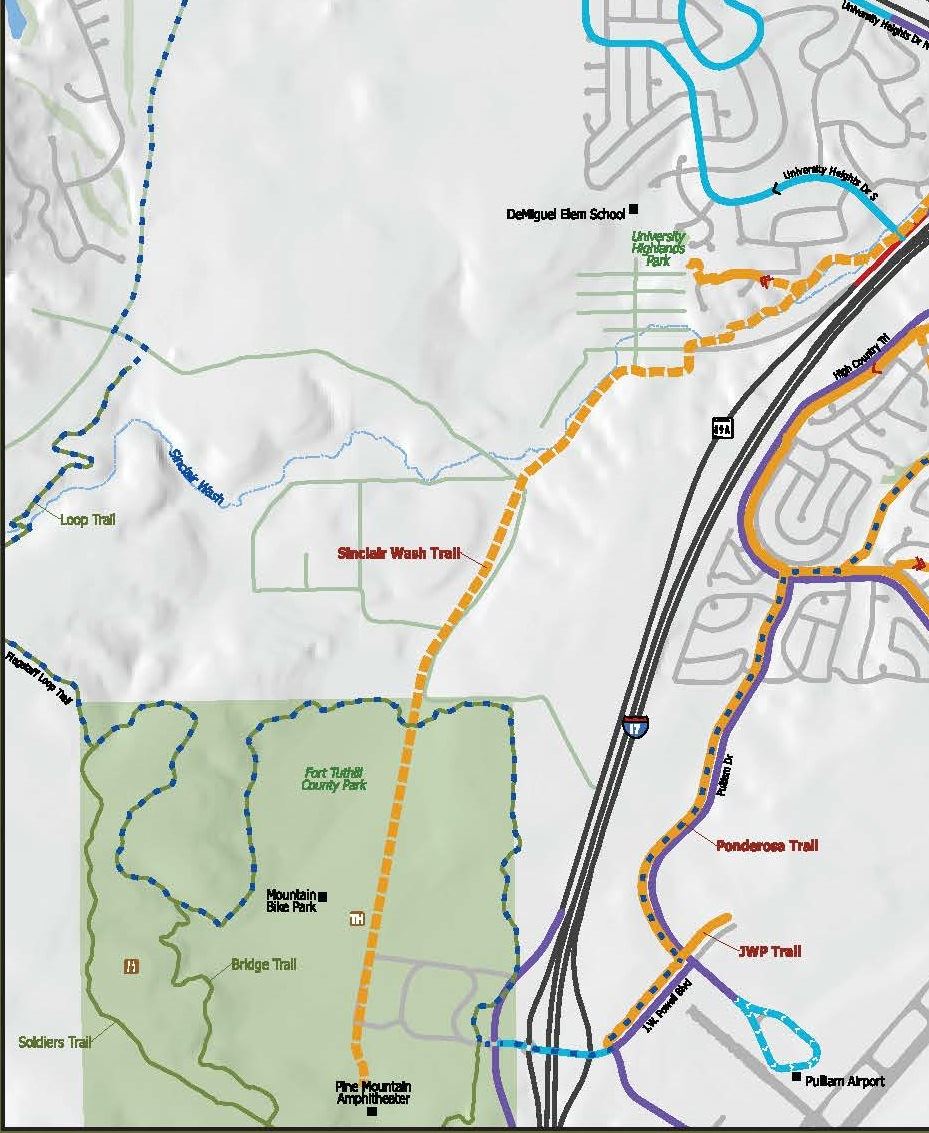 This project is funded through the Coconino Parks and Open Space (CPOS) voter-approved tax initiative. On November 5, 2002, Coconino County residents approved an open space acquisition and park development initiative to raise the County sales tax a one-eighth of one-cent for County parks. The initiative passed with 61% voter approval. The tax concluded in September 2014 with the accumulation of $33 million. It funded the Coconino Parks and Open Space Program (CPOS) to accomplish two goals: development and re-development of community parks in the County system, and acquisition of open space within critical natural areas in the greater Flagstaff area. This is the last project of the CPOS-funded projects. These funds are only available to CPOS-funded and voter-approved projects and not for other purposes such as COVID-19 projects.

The project realizes several cost savings. First, Northern Arizona Healthcare will provide cost reimbursements on a water line that is going to their property near 89A. Second, by installing a water and wastewater line at the same time, construction is happening only once underneath the FUTS Trail and not twice, saving time, money, and more trail reroutes.

Would you like to receive email updates about this project?

Please fill out the Contact Us Form and let us know!

The Mountain Dell Drainage Improvement Project in Mountain Dell will improve the drainage in the community to accommodate a 100-year flood event. The goal of this project is to decrease the size of the flood-affected area. When completed, the project will provide flood mitigation for 28 structures, including approximately 20 homes and the community’s water system, which could positively impact insurance rates for these properties. Read more.