What is an Arch?

An arch is a curved, symmetrical structure over an opening. The center stone at the top is the keystone. The other stones lie along imaginary lines running straight out from the center of the space below the arch. The keystone weights the other stones down, locking them in place.

Who Built The Willow Bend Arch?

In 2017, Scottish master stonemason and public artist David Wilson led two dozen local people in creating the arch. Traveling on a fellowship from the Winston Churchill Memorial Trust, David was studying how stone is used in North America today, and how traditional skills and modern creativity can combine to make a positive contribution to the shared environment.

A City should be built for the convenience and satisfaction of those who live in it, and to the great surprise of strangers. 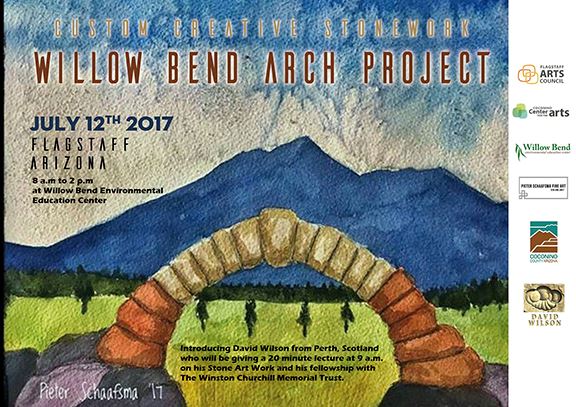 How Did They Build The Arch?

David demonstrated how to shape stone into wedges, like the slices of a pie. 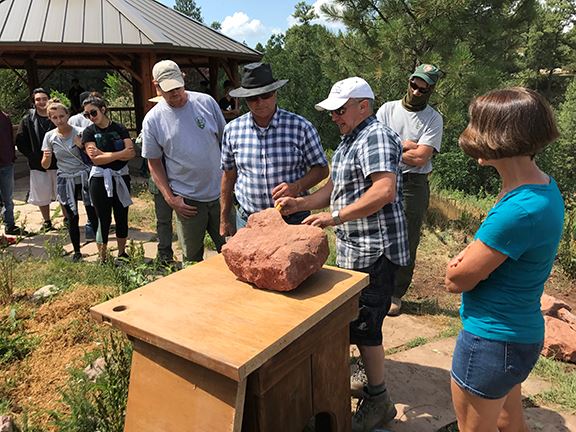 A wooden form in the shape of a half-circle was placed between secure foundation stones, with planks holding it above the ground. The stones were placed one after another, on both sides. 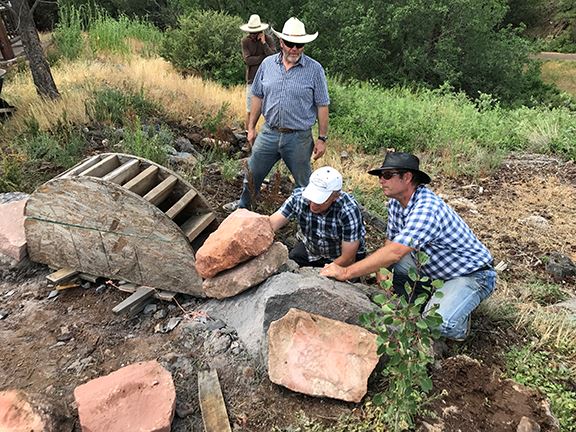 David shaped the keystone and set it in place.

The planks were removed and the wooden form was taken out very carefully.

The Arch was complete! 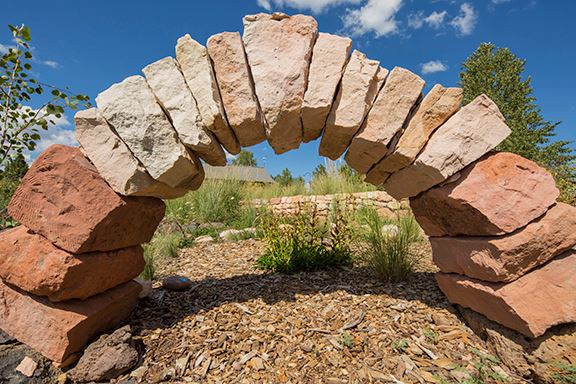 David put the Willow Bend Arch on the cover of his report to the Churchill Memorial Trust! 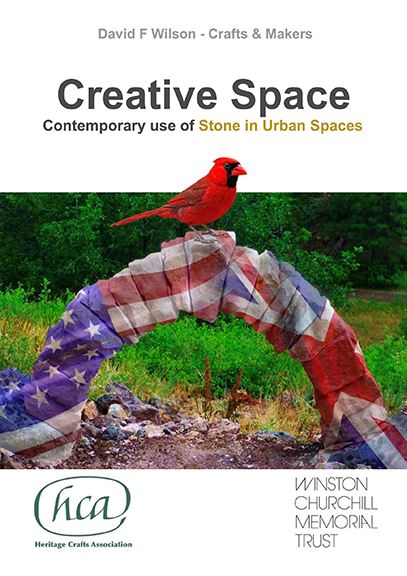