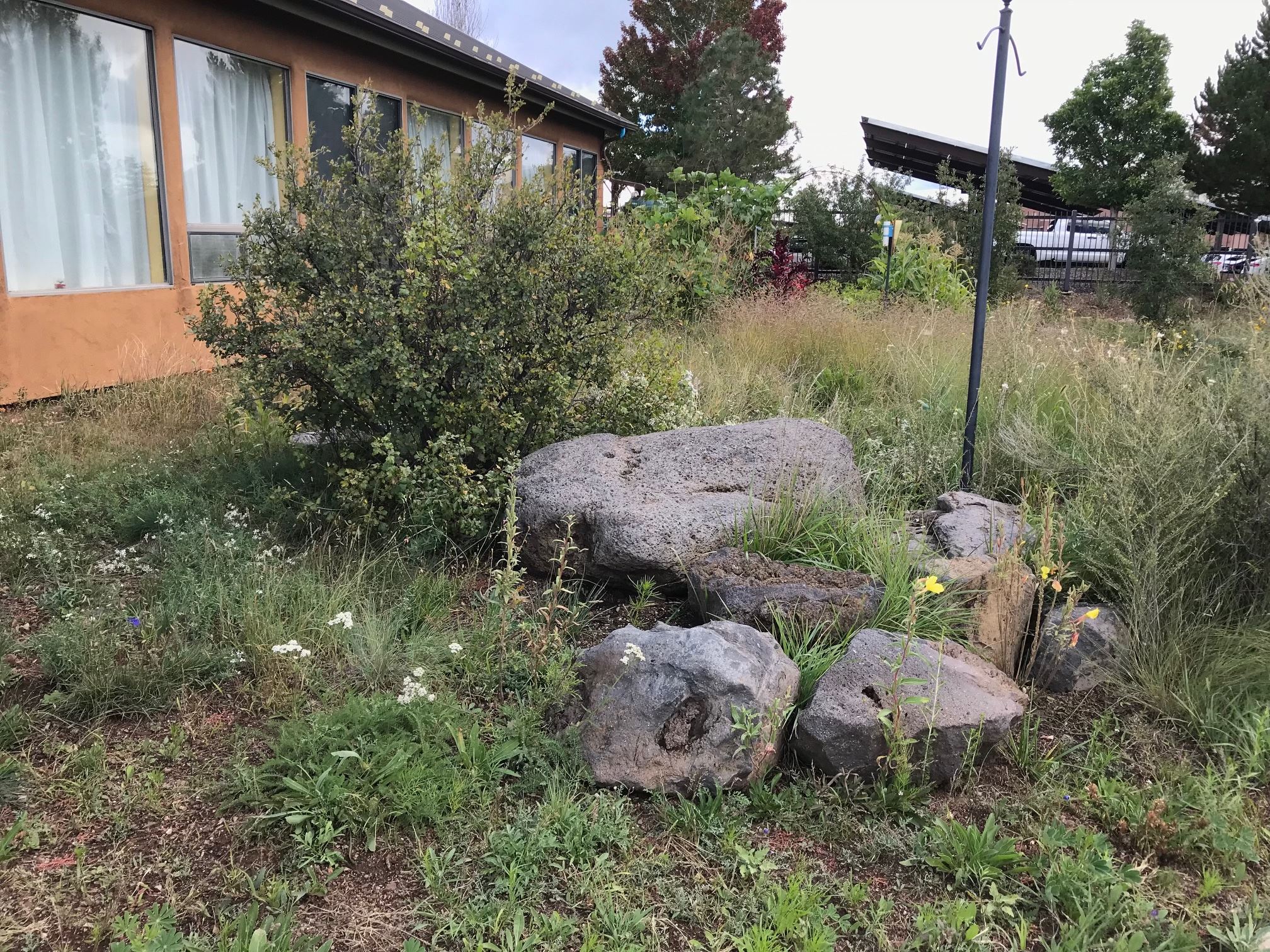 The Wildflower Meadow is a "weed and seed" garden. Instead of replacing or amending the soil, volunteers removed invasive non-native plants in mid-summer and then scattered native wildflower seeds during the rainy season and late fall. They experimented with different seed mixes, which vary in their combination of seeds from sun-loving and shade-loving, moisture-dependent and drought tolerant plants.

The seeds sprouted among native plants which were already here including yarrow, blazing star, goldenrod, globemallow, western blue flag, blue grama, and spikerush. Some of these may have been planted years ago while others came from seeds naturally dispersed by wind, water, or wildlife.

This small area of about 400 square feet now hosts a diversity of wildflowers and pollinators, which increases over time as other seeds are naturally introduced. Some, like Apache plume's feathered seed, fly from one place to another on the wind. Bunchgrass seeds fall close to the parent plant but can be distributed by seed-gathering rodents or birds. Wild geraniums fling their seeds from tiny cups attached to bent stalks that straighten as they dry out. Other seeds travel in animal droppings or are carried by rainwater. Once established, certain plants including blue flag, globemallow, spikerush, and goldenrod spread by means of horizontal roots called rhizomes.

Weed and seed wildflower meadows require very little water or maintenance. Creating one does not disturb the soil, its microbes, or insects, such as ground-nesting bees. They also do not cause the soil to release carbon. Weed and seed wildflower meadows can appear messy at certain times of year, but at their peak in late summer, their diversity and wildness create a very pleasing landscape which sustains beneficial pollinators and seed-eating animals.