What is a Sundial? 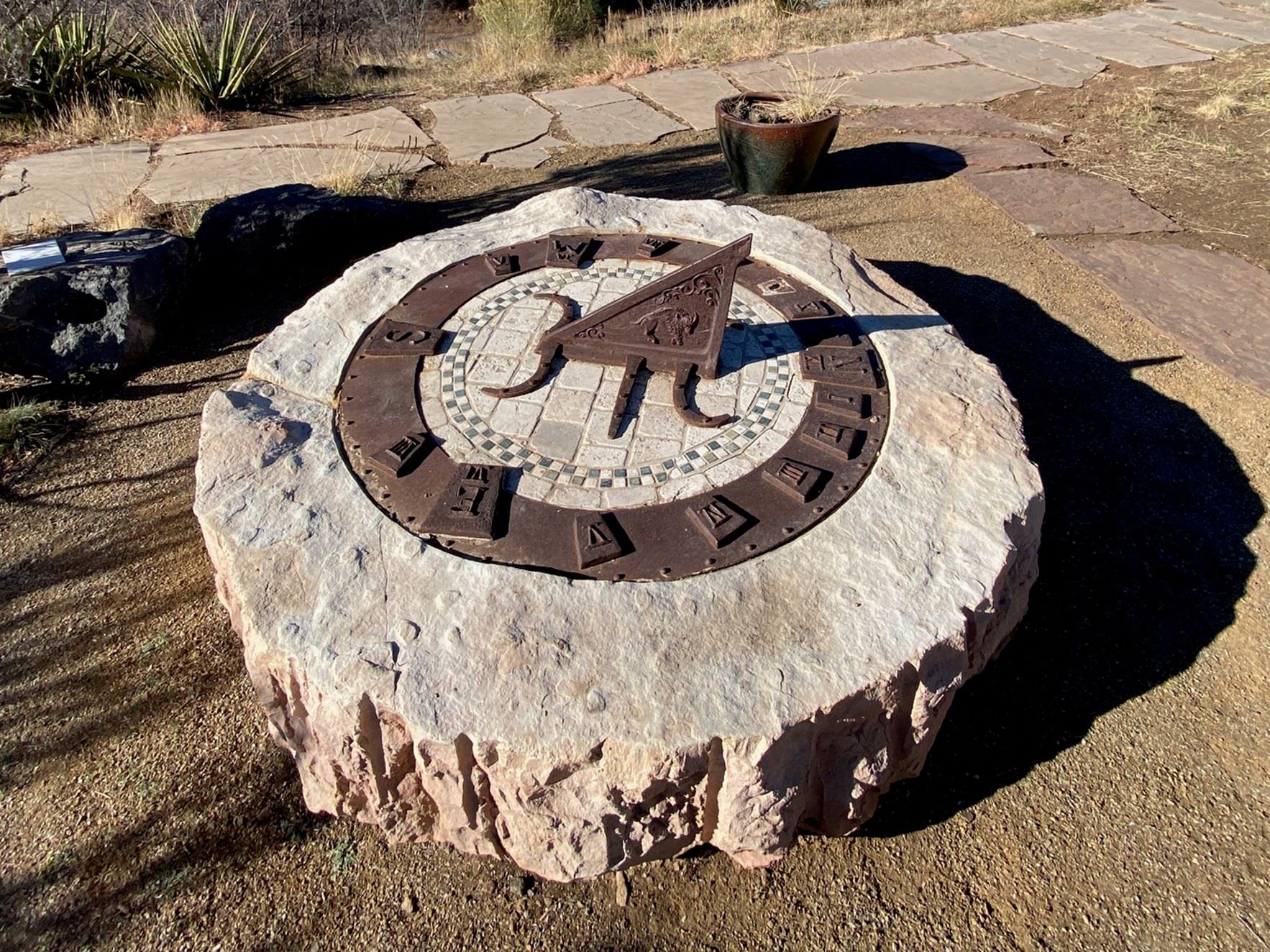 A sundial tells the time of day by indicating the angle of sunlight on a disk. When light from the sun strikes the sundial's pointer, or gnomon, its shadow points toward one of the numbers around the edge of the disk. Here in the northern hemisphere, the shadow appears to the left of the gnomon as the sun rises in the east. As the sun moves to the west, the shadow moves to the right, like the hands on a clock.

Sundials can also show what season it is. In winter, when the sun is lower in the sky, a gnomon's shadow is much longer than it is when the sun is high overhead in summer. Sun time is slightly ahead of clock time in summer and behind it in winter.

Sundials originated at least 3,500 years ago. The earliest known sundial was found in Egypt. It is an L-shaped "shadow clock" created during the time of the Egyptian Pharaoh Thutmose III. Until recently, shadow clocks were still used in rural Egypt.

In the third century BCE, the Greek astronomer, Aristarchus, asserted that the earth rotates on its axis once a day and revolves around the sun once a year. He designed a sundial with markings on half of a scooped-out sphere. It divided each day from sunrise to sunset into twelve equal temporal hours, resulting in summer daytime hours that were longer than those of winter. It was a practical way to measure time when most people had daytime tasks that varied with the seasons. In medieval times, temporal hours including sunrise, noon, and sunset indicated the times for prayer in both Christian and Muslim societies.

Beginning in the fourteenth century, mechanical clocks marking hours of equal length began to replace sundials. In the nineteenth century, indoor lights using gas (and later, electricity) made it possible to ignore the night.

Clock time is disconnected from how time orders the real world. Plants and animals live in the natural time of sunlight and the darkness of night. Their activities and rest depend on whether it is dawn, daytime, dusk, or nighttime, and on which season it is. Long ago, we humans also lived without clocks, doing whatever we did according to what fit the moment and the season. Today, clocks and calendars largely determine what we do. Yet our bodies are still attuned to circadian rhythms, the natural cycles of day and night.