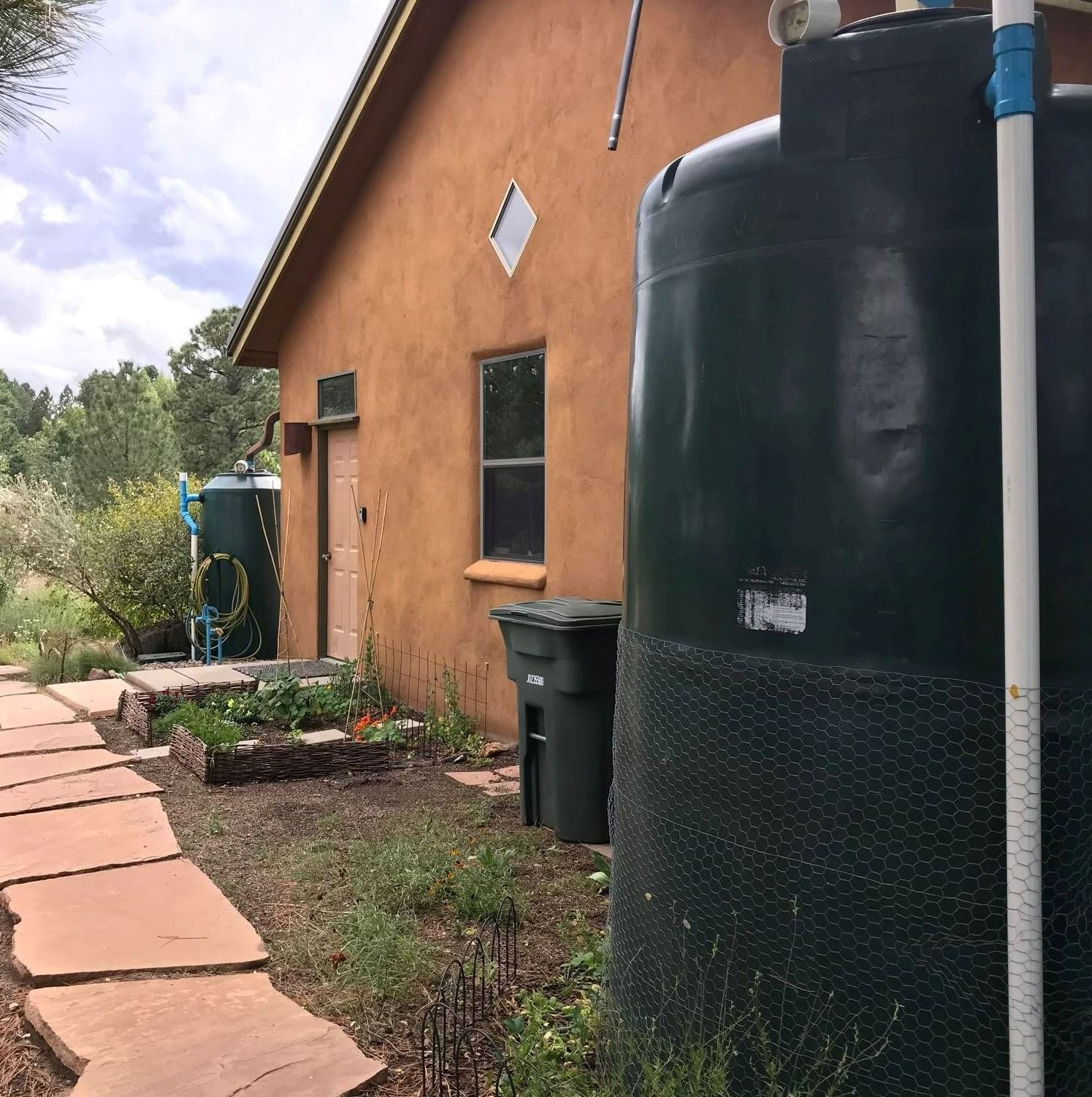 1500-gallon and 300-gallon water collection tanks on the east side of the Center.

Although native plant gardens are fairly drought-tolerant, the Willow Bend Habitat Gardens usually require some watering during the very dry and windy weeks from mid-April through June. Flagstaff's weather also varies from year to year and so sometimes, the gardens need to be watered at other times too.

In the absence of rain, three sources of water sustain the gardens: 1. water collected from the roofs of the garden shed and environmental education center 2. reclaimed water 3. potable (drinkable) water. 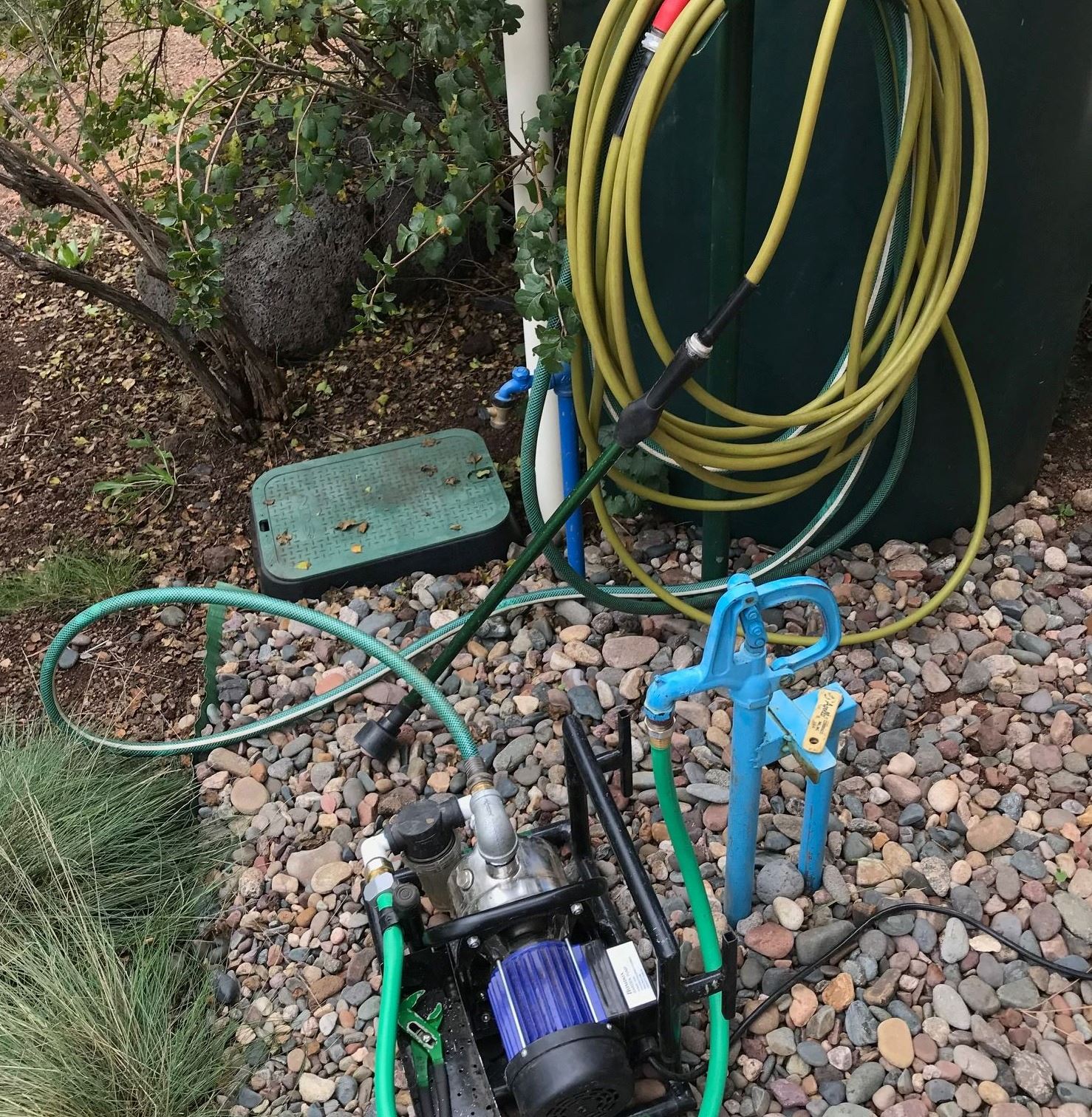 Faucets for potable and roof water and a 1,200-watt pump to increase pressure from the collection tanks.

1. Plants flourish with rainwater, which is naturally acidic. Rain dissolves carbon dioxide in the atmosphere to form carbonic acid, resulting in a pH of about 5.6. Soil watered with rainwater has a pH between 5.5 and 6.5, which is ideal for most plants. Rainwater also takes up nitrates from the atmosphere, which are composed of oxygen and the form of nitrogen most available to plants. Water collected from roofs contains organic matter in the form of pollen, leaf litter, and bird droppings and is free of the salts, minerals, pharmaceuticals, and chemical treatments of reclaimed water. (In some municipalities, city water is made alkaline to protect metal pipes from corroding.) Rainwater harvesting saves the energy used in pumping and transporting water from wells across town, does not require a filtration system, and prevents runoff from eroding the gardens. Because of its purity, rainwater is used in the Native Heirloom and Ethnobotany gardens for cultural reasons. When it isn't available, potable water is used instead.

One inch of rain on a 1000 square foot roof will yield around 600 gallons. Rainwater and snow from the roofs of the EE Center and garden shed is stored in six small barrels on the west corners of the center and shed, and 1500-gallon and 300-gallon water tanks on the east side of the Center, for a total of about 1,800 gallons. One rain barrel takes just minutes to fill in an average downpour. In spring, snowmelt and rainwater collected from the roofs tide the gardens over until the reclaimed water is turned on in May. The tanks fill again during the summer rains and sustain the gardens through fall.

Water in the large tanks doesn't freeze and can be used any time of year. When one tank is empty, a lever switches the supply to the other tank. Volunteers sometimes use a small pump powered by solar panels on the EE Center roof to increase the flow of water from the tanks. A valve controls whether water overflowing from the tanks goes into the gardens or the pond. 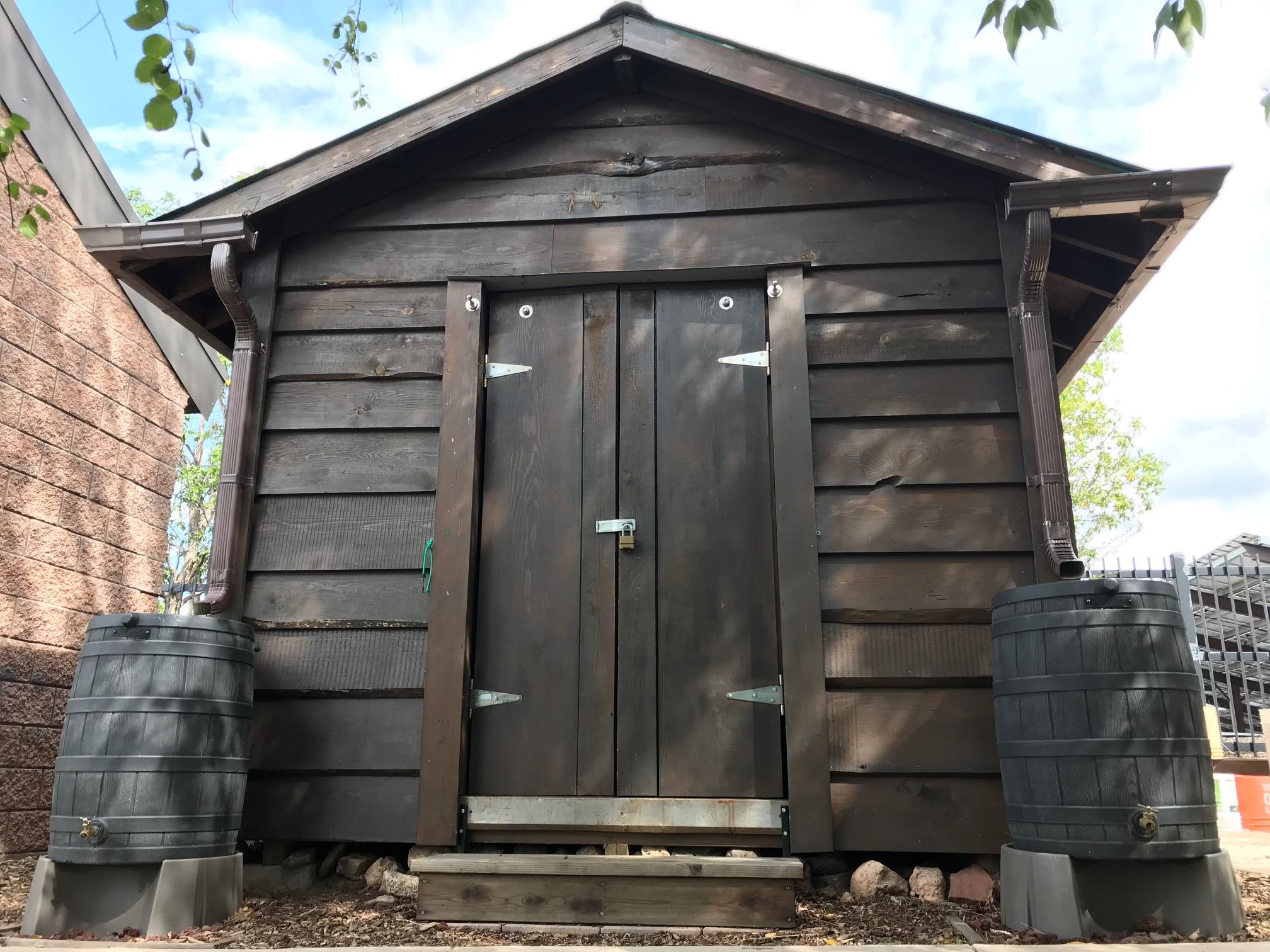 55-gallon barrels to collect water from the shed roof. 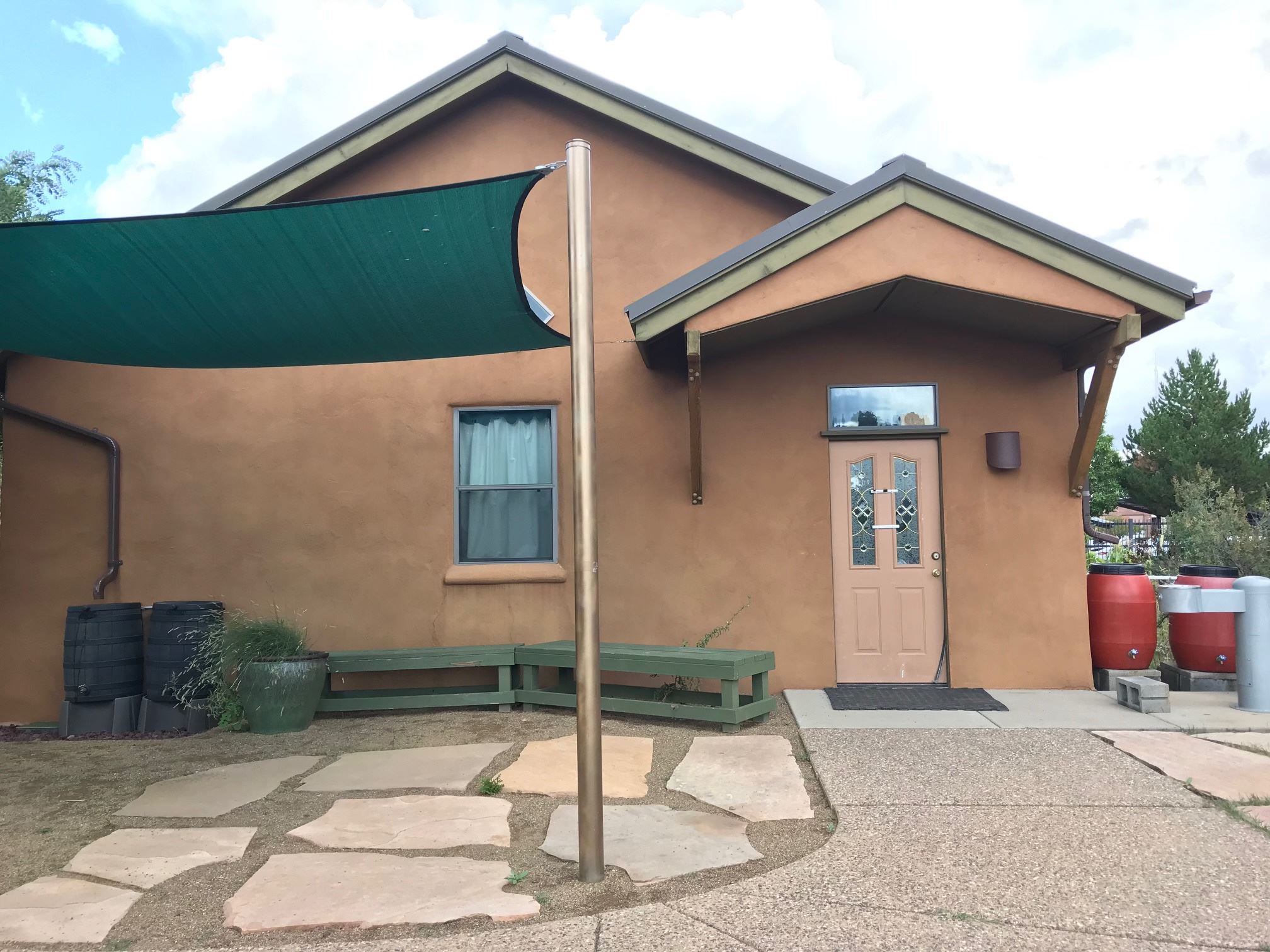 3. When the rainwater tanks are empty and reclaimed water is not available, potable water is used to sustain plants through very dry and windy weather.